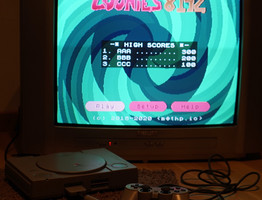 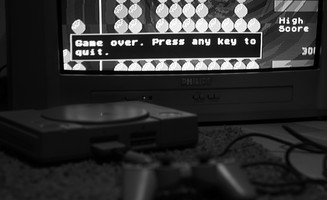 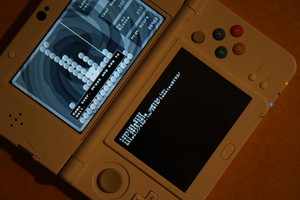 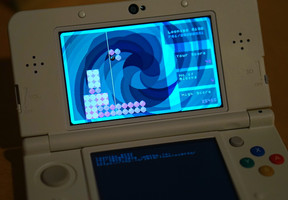 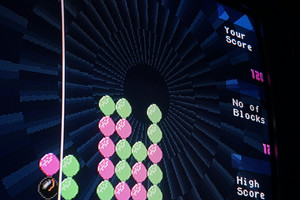 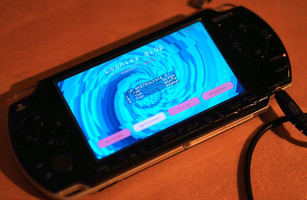 This week I had some time to visit home and dig out an old CRT and the modchipped PSX. This was mostly to make new photos/videos for my other homebrew port (chro.mono 2 on Wii), but as I already had the camera with me (good old Sony Alpha 5000 with a fixed 50mm F1.8 lens) and the CRT set up, I hooked up the PSX and did some gameplay photos and videos of Loonies 8192 on the PSX.

Without much control over the environmental light, it was hard to get good photos, but a mix of different exposure settings (making sure to set the shutter speed to the frame rate of 25/50 and/or 30/60 Hz to not have flickering issues) eventually resulted in some nice footage. 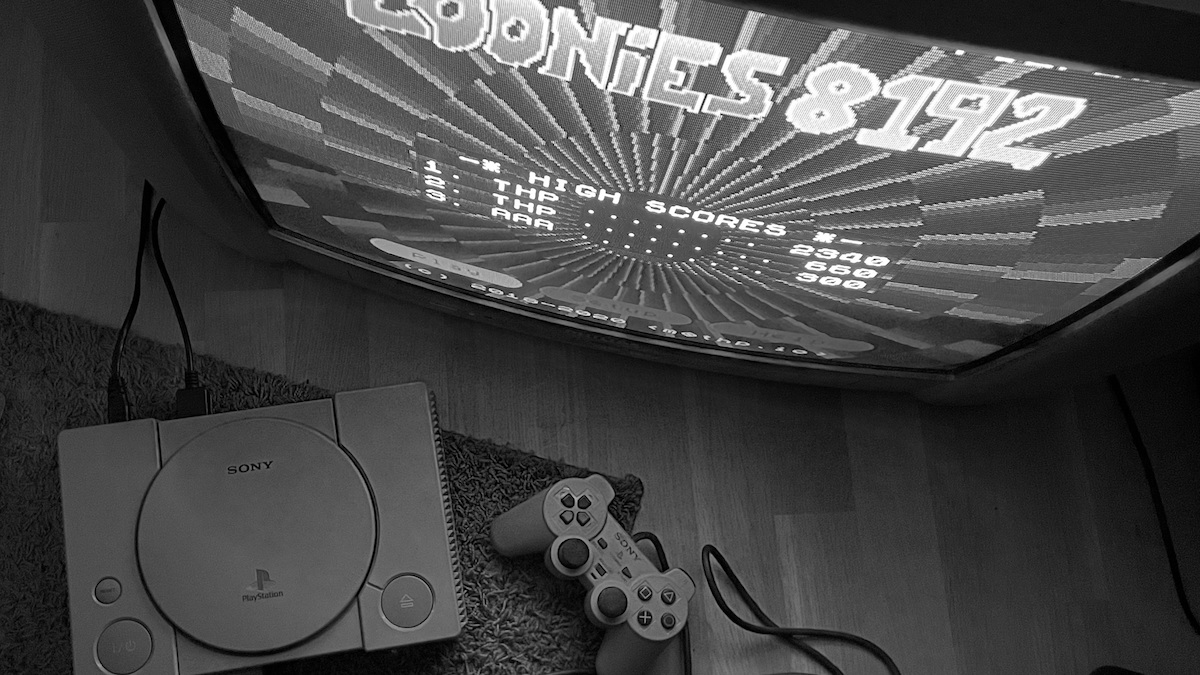 While "clean", pixel-perfect screenshots are of course easy to do in emulators and Desktop builds of the game, my goal this time was to capture the feeling of sitting in front of a CRT screen and playing the game with real console controllers, this is why the video and GIFs feature the controller/console and screen prominently.

Talking about GIFs, a quick cut with iMovie, optionally trimming with QuickTime Player and then sending it through ffmpeg and finally through gifsicle did the trick for me (itch has a 2MB upload limit; the commands were adapted from this Superuser posting):

In addition, I took some simple photos of more recent versions of the PSP and 3DS ports as well, as I had those consoles at the place where the CRT is, and the previous photos showed some early versions of the game and weren't all that good to begin with.

The video was also posted on Twitter in case any followers find it interesting to see actual CRT Homebrew gameplay -- keeping it short (~ 30 seconds) for today's social media attention span.