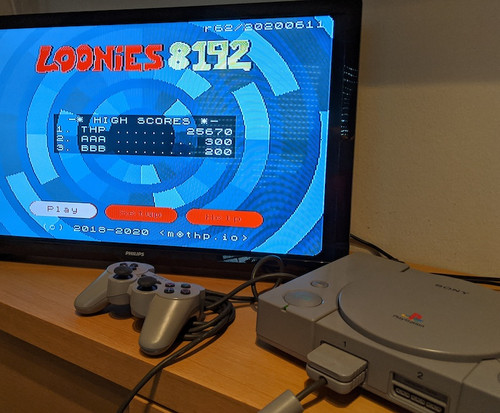 A new version of Loonies 8192 is out. This version adds a port to a new system: The original PlayStation (PSX). Save game support is not included, but global leaderboards (using the QR code) do work. The port was created using Lameguy64's open source PSn00bSDK.

Also, all the existing ports (DOS, PSP, 3DS, GBA) have also been updated. Compared to r61, the name entry screen for the highscore list has been improved and  now resembles an on-screen keyboard.