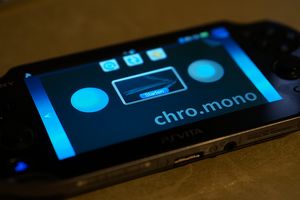 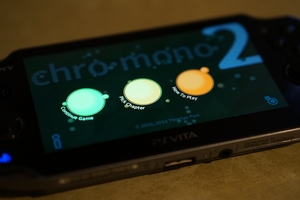 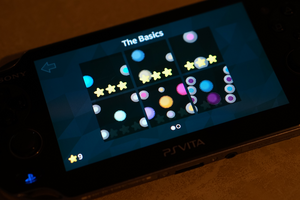 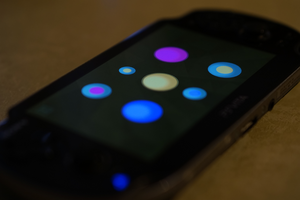 chro.mono 2, my puzzle game initially developed for mobile touchscreen devices, has been ported to the PS Vita using the open-source Vita SDK. It requires a Homebrew-enabled PS Vita.

Porting mostly involved interfacing with the custom graphics API and shader pipeline on the Vita, the game originally uses OpenGL ES 2 with shaders on mobile (iOS/Android), and the rendering pipeline was streamlined to use a combination of libvita2d and custom GXM shaders when running on the Vita. The "live screen" (launcher screen in the Vita OS UI) also has been designed based on the first level of the game.

In addition to playing normally with the front touch screen, the game supports the back touch screen of the PS Vita, allowing for an interesting new twist on playing the game.

Give it a try, and if you don't have a Homebrew-enabled Vita, the game is also available on the iOS App Store and Google Play Store.